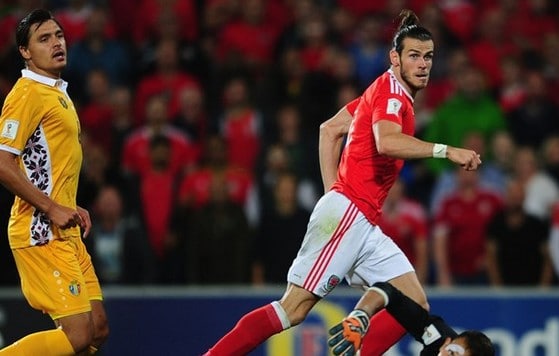 On the 6th of October it is time for the Euro 2016 stars from Wales to play against the Euro 2016 failure Austria in Vienna. Can Austria keep up the good work from their first World Cup 2018 qualification match against Georgia?

There is little doubt about the fact that Austria’s performance in Euro 2016 was a big disappointment to most people. They came with great expectations on their shoulders, but it was all destroyed in the first match loosing 2-1 against their eastern neighbors Hungary. Now Austria is back out there again to qualify themselves for the World Cup 2018 in Russia, but it want be easy. In October they have two tough matches coming up. First they are to play against Wales in Vienna on September 6th and then three days later against Serbia in Serbia.

Austria vs Wales on October 6th

If Austria impressed in their match against Georgia in September, then Wales impressed even more as they won 4-0 against Moldova. That is of course an opponent they should beat easily, but 4-0 is still a great result in European football today. The question is whether Austria can play disciplined football and stop the great players from Wales like Gareth Bale and Samuel Vokes?

Austria has some great players themselves, but when it really counts they are not always able to perform well together. In this match against Wales they can take a giant step towards a great start on the World Cup qualification, at least if they manage to win.

You can watch the match in Vienna on the stadium, but if you only want to watch it at home then it will most likely be broadcasted on ORF in Austria. This is a free channel for everyone, so watch the match there if you are in Austria. If you are located outside Austria then you can read more about watching ORF from abroad in this article.

There are also lots of great places in Vienna where you can watch the match on big screens. There are sports pubs here and there and lots of restaurants also have large LCD screens available. Enjoy the match, and if you have time left do not forget to visit Schonbrunn, Hofburg and the rest of the famous attractions in Vienna.