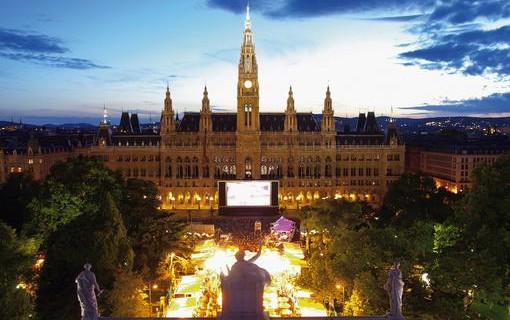 Austria has qualified to a European Championship for the first time. Would you like to watch the matches while in Vienna and maybe cheer for Austria or for Germany?

Austria has been playing in a European Championship before, but that was only because they were organizing the event. This time they have actually managed to qualify for the event all by themselves and now Austrians have great expectations to their national team and hope that they will surprise the critics and get far in the tournament. But, where should you watch the Euro 2016 matches while in Vienna? These are the hottest places!

The number one place to watch Euro 2016 in Vienna is without a doubt in front of the Rathaus at Rathausplatz in Vienna. This will be a fantastic place with a giant screen and visitors will be able to buy drinks and food from 26 restaurateurs at the spot. A full program can be found here.

If you want to avoid the giant crowds by the Rathausplatz, then these are places you could consider as you want to watch Euro 2016:

When will Austria play during Euro 2016?

If you want to watch the matches in which Austria will play during Euro 2016 in Vienna, then here you can find the times at which the Austria team will play. We hope they will play fantastic football and qualify for the knockout stage as well, but it won’t be easy as they are in a group with Hungary, Iceland and Portugal. They will open against their eastern neighbors from Hungary, then comes Portugal and in their last group stage match they will play against Iceland. A full Euro 2016 schedule can be found here.

What else to do in Vienna?

If you are looking for other activities to enjoy while in Vienna then we will for sure recommend a visit to Schonbrunn, maybe a trip on the river Danube and if you have the time then a day excursion to Bratislava is a good idea for a nice program. If you are more into arts then there are beautiful museums in Vienna, for example the Museum of Fine Arts.