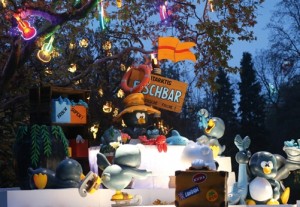 The annual Christmas markets are soon back to Vienna this year again. From the end of November and the beginning of December the official Christmas period starts which means that the different part of the city turns into beautiful Christmas villages and fairs with the various Christmas lights and decorations.

Like in every year this year´s Christmas fairs will offer the best hand made high quality Christmas goodies. So which are the best Christmas markets in Vienna in 2015?

Probably one of the most popular and famous fair in Vienna is the Christkindlmarkt at Rathausplatz, the fair will open its gates from 13th November 2015 to 26th December 2015 every day from ten in the morning until ten in the evening except on 24th December when the market is only open until 7 in the evening.

The other really popular market in Vienna is the Christmas Village / New Year´s Eve Village which will take place at the Maria Theresien Platz from 18th November to 31st December 2015. The fair is open from Sunday to Thursday from 11 in the morning until 9.30 in the evening and from Friday to Saturday from 11 in the morning until ten in the evening, on 24th December it is open until 4 in the afternoon and between the 25th and 30th it is open until 7.30 in the evening.

The market is situated between the Museum of Art History and Natural History. The last market we would like to mention is the Advent Market at Karlskirche. The Advent Market will be open from 20th November 2015 until 23rd December 2015 every day from noon to 8 in the evening. The market usually offers various children programs and workshops such as pony tracking.

And no not forget the Christmas market by Schonbrunn which will open on November 21st in 2015. It will last until December 26, but from December 27th the program will go on until January 3rd, but in this period they call it a New Years market. Have fun and enjoy!