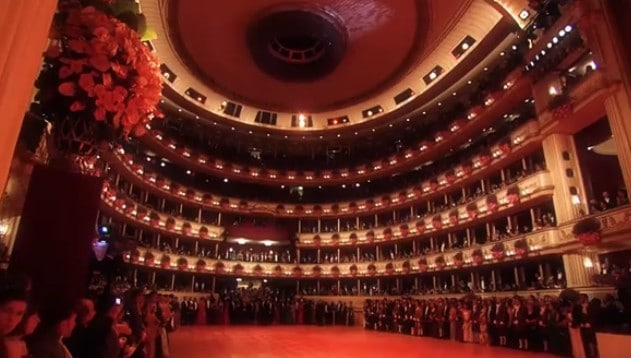 The annual Opera Ball in Vienna will be held again in the middle of February in 2015. The Opera Ball is one of the most popular and known events in Vienna which is held each year in the building of the Vienna State Opera.

If you want to experience something unique then you must visit the Opera Ball in Vienna. The Opera Ball is one of the highlights of the carnival season along side with the New Year Concert. The dress code for the ball is evening dress which means white tie and tails for men and full length/ floor length ballgowns for women. The ball is dating back for long, the first Opera Ball in Vienna was held in 1936 but it was suspended during the World War II but after the war it has been annually held.

The Opera Ball attracts many people from all over the world and even some of the famous people has attended the event such as Sophia Loren, Carmen Electra, Geri Halliwell, Pamela Anderson and Paris Hilton. The Opera Ball will take place in Vienna, Austria on Thursday 12th February in 2015 from 9 in the evening. Tickets for the ball are already available.