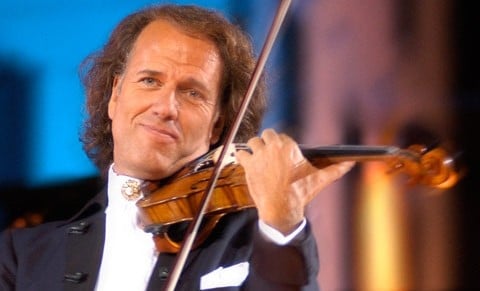 On June 17th Andre Rieu will end his short tour in central Europe with a concert in Vienna. Are you eager to be there at the event?

In the middle of June Andre Rieu will be on a short four day tour in central Europe. The short tour starts in Ljubljana in Slovenia on June 14th, continues in Zagreb in Croatia on June 15th, then goes on to Budapest in Hungary on June 16th and ends in Vienna in Austria on June 17th in Wiener Stadthalle.

Press the Viagogo link above for more information about ticket prices. If you would rather just stay and relax in Vienna then there are loads of attractions to discover while in town. Schonbrunn is magnificent, and if the sun is shining you should also pay a visit to the zoo (inside the borders of Schonbrunn). If you come with kids then Prater is a hit, and if you just want to grab something to eat then the wiener schnitzel is one of the most famous courses.

You can read more about all of this and much more here in our Vienna Guide!