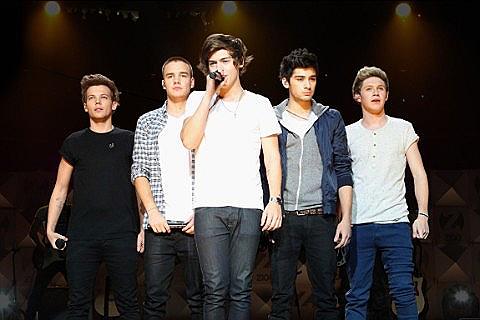 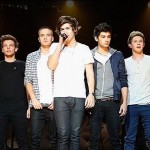 The band One Direction is on a world tour from 2014 until 2015. One Direction is an English-Irish pop boy band including Niall Horan, Zayn Malik, Liam Payne, Harry Styles and Louis Tomlinson.

They signed a contract with the record label Syco Records after they finished third at the singing competition The X Factor in 2010. They came out with four albums the first one was Up All Night in 2011, the second album was Take Me Home in 2012 and their third one was Midnight Memories in 2013. So far they achieved great success and they received several awards including four Brit Awards, MTV Awards and multiple others as well.

Nowadays One Direction is one of the most successful and most popular bands on the whole world. Their latest album Four was released in 2014. One Direction is on a tour now with their latest album and they are giving concerts all around the world from North America through Europe to Australia and Japan as well. They will also be giving concerts in Singapore, Thailand and so on. In Europe they will perform in countless countries and cities such as the UK, Austria, Belgium, the Netherlands, Germany.

If you want to know more about other programs, concerts and events in Vienna, check out what is going on in Vienna.