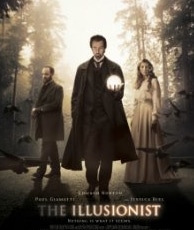 Although Vienna is not one of the most popular cities to shot a movie there are still some really nice films that were shot in the capital city of Austria so in this article we will list some of them.

The first movie from our list is The Illusionist. The Illusionist is an American drama which was released in 2006 and was written and directed by Neil Burger. The movie is based on the short story “Eisenheim the Illusionist” by Steven Millhauser. The movie is about the young illusionist Eisenheim who is a magician who uses his special abilities to win the heart of a woman. The movie takes place in the end of the 19th century in Vienna. The movie stars Edward Norton as Eisenheim the illusionist, Jessica Biel as Duchess Sophie von Teschen, Rufus Sewell as Crown Prince Leopold, Eddie Marsan as Josef Fischer and Jake Wood as Jurka.

Amadeus
The second movie from the list is the Amadeus which was completely shot in Vienna. Amadeus is an American drama which was released in 1984 and it was directed by Miloš Formand and written by Peter Shaffer. In the movie Antonio Salieri tells the story of the genius Wolfgang Amadeus Mozart who he envies, adores and hates at the same time. The whole movie takes place in Austria, Vienna in the end of the 18th century. The movie stars F. Murray Abraham as Antonio Salieri, Tom Hucle as Wolfgang Amadeus Mozart, Elizabeth Berridge as Constanze Mozart, Roy Dotrice as Leopold Mozart and Jeffrey Jones as Emperor Joseph II. The movie was nominated to 50 awards and it won 40 including 8 Academy Awards, 4 BAFTA Awards and 4 Golden Globes Awards. 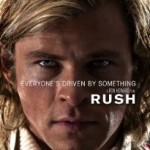 Rush
The American-German movie the Rush is the third movie from our list. The movie Rush is a biographical sports drama film which was released in 2013 and it was written by Peter Morgan and directed by Ron Howard. The movie is about the rivalry between the two race car drivers the English James Hunt and the Austrian Niki Lauda in the 1970s. Although the movie was shot in different countries there are still scenes in the movie that takes place in Vienna. The movie stars Chris Hemsworth as James Hunt, Daniel Brühl as Niki Lauda, Olivia Wild as Suzy Miller and Alexandra Maria Lara as Marlene Lauda.

– Films with clips from London

Before Sunrise
The fourth movie from our list that was mostly shot in Vienna is Before Sunrise. Before Sunrise is an American romantic drama which was released in 1995 directed by Richard Linklater and written by Linklater and Kim Krizan. The movie shows the story of the young American man Jesse and a young French woman Cèline, who meet on the train and they decide to spend the night in Vienna discovering both the city and each other. The movie stars Ethan Hawke as Jesse Wallace, Julie Delpy as Cèline, Andrea Eckert and Hanno Pöschl.

This film can be seen on US Netflix, so with a Netflix subscription you can easily watch this. Find our more about watching Netflix from abroad in this or in this article.