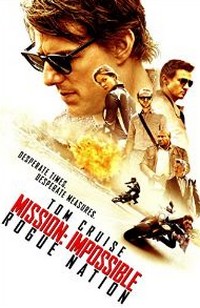 Mission Impossible 5 has just come to the cinemas in Austria and what a beautiful surprise that it there are a whole lot of scenes from Vienna in the film, and then especially from the Opera in Vienna.

In the film you can see Tom Cruise as he travels with the metro in Vienna, as he leaves the metro at Karlsplatz only to walk towards the Opera and of course enter into the Opera. Later we get to see some really nice night shots of the Opera house and of course some stunts as they run around on the roof of the opera and so on. These things make it worth watching the film all by themselves, but as the film in fact was cute amusing and Tom Cruise played the special agent in a cool way as always, we really had a good time as we watch Mission Impossible 5 (also known as Rogue nation) in the cinema.

Want to watch it as well? It is not yet available on Amazon.com, but by the time you read this article it might be. You can find the film at Amazon.com and if you want more information about watching Amazon Instant Videos online, visit amazonprime.fromabroad.org.

Do not forget that if you have not seen the previous Mission Impossible films yet, then you can watch all of them at Amazon.com.