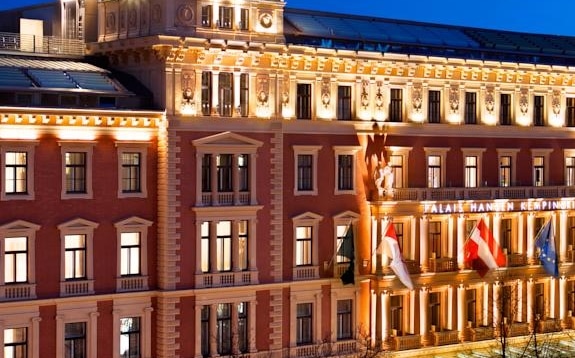 Are you planning a trip to Vienna? Are you looking for a five star hotel in Vienna, and the goal is to reside in the best of the best? Here we will tell you which of the five star hotels in Vienna we believe to be the best!

Vienna is a beautiful and majestic city, so as you come to town you will find really impressive buildings on every corner, and quite some of these buildings are nice hotels. That is why several of the five star hotels in Vienna look really nice on the outside, and in general the inside follows the same style. However, the question is still… which is the best five star hotel in Vienna?

It is no final answer that will satisfy everyone to this question, but here we will describe two hotels that we believe to be the best, and then two runners up which just as well could have been said to be the best in Vienna.

Almost the best in Vienna

This is by many people said to be the best of the best in Vienna. We totally agree, except that in our eyes this hotel is located a bit to much outside the inner center. It is not a long walk at all, but still, a bit to far away. But, if you dont mind using public transportation, trams or so on, then this is perfect with luxury on every corner, both on the inside and the outside.

This is almost a brand new five star hotel in Vienna. It was built in 2012, and it is a really impressive building. The hotel is located outside the ring, but still very close to the famous Museumsquartier in Vienna. The hotel has a separate ladies spa, free WiFi, and it is possible to park your car for 25 Euro per day in the hotel. This hotel has received lots of praise from visitors from all across the world, but still it does not reach the top of our list.

In a building from 1873 Hotel Imperial is located in the heart of Vienna, just along the Ringsstrasse. People who like fitness with view, will like the rooftop fitness centre inside the hotel. Inside the hotel you can eat traditional Austrian courses and cakes in the hotel restaurant and in the cafe. The hotel has a beautiful SPA area, offers free wireless Internet and if you will visit Musikverein for a concert, this hotel is just next to it!

This might be the most famous of all hotels in Vienna, but luckily there is more to it than just being famous. The name is attached to quality, and it still is, and that is what makes it the best hotel in Vienna according to several travel portals such as Booking.com and TripAdvisor. This hotel is the most central of the four hotels mentioned in this article, and just walking out the entrance of the hotel you will be in the famous shopping street Karntner Strasse, and this hotel is also a close neighbor to the Opera in Vienna. And since you asked, of course you can eat the traditional Sacher cake in the hotel!

Have you been to Vienna? Have you resided in any of these hotels, or maybe in another five star hotel that you believe to be even better? Write a comment and let us know what is on your heart!